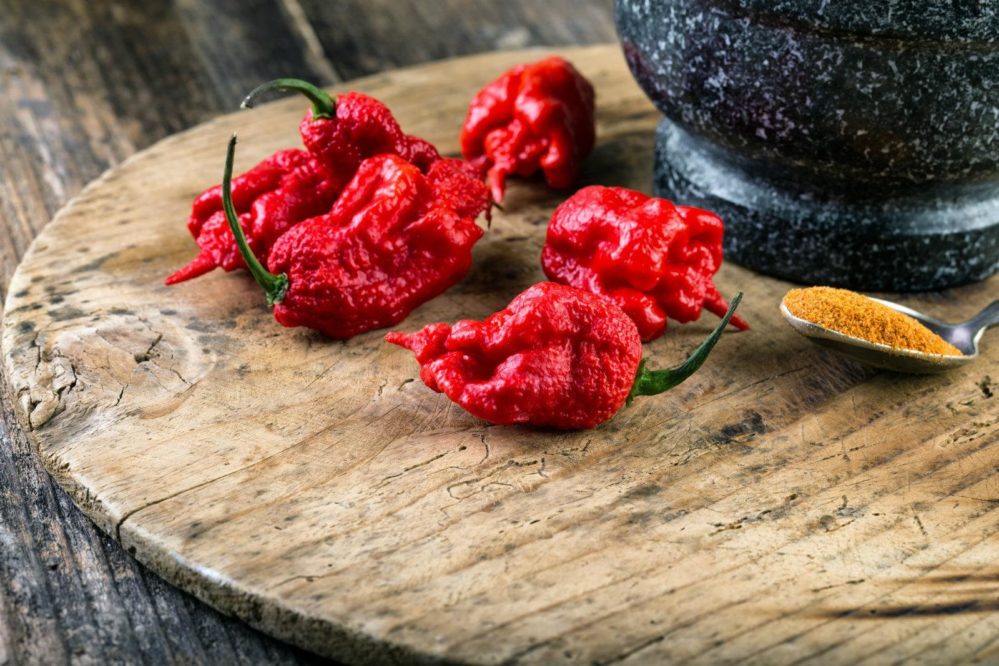 The most spicy pepper in the world is officially recognized as Chilli variety – Carolina Reaper (1.6 million SHU). He took this title from Trinidad Moruga Scorpion (1.2 million SHU), named the champion a little earlier, in February 2017. Both peppers are Chinese Capsicum (Capsicum chinense) varieties. A farmer is defending a chile pepper dubbed the hottest on Earth that reportedly landed a man in a hospital with “thunderclap headaches.”

Salvatore Genovese, who runs a seven-acre farm in Bedfordshire, England, recently told Sky News that the small but potent Carolina Reaper is perfectly fine to eat as long as it is done “correctly.” “We have sold, in the past couple of years or so, over half a million Carolina Reapers and I have never had any knowledge or any complaint of anyone having to be hospitalized,” he told the news organization. But, Genovese said, there’s a way to eat the red pepper, explaining that it is not designed to “plonk it in your mouth and eat it.”

“I would never do that and I wouldn’t recommend it,” he said. “Just cook with it — make a curry, infuse it slowly [and] take it out if you want to afterwards, and get the rich flavors from that superhot chile. 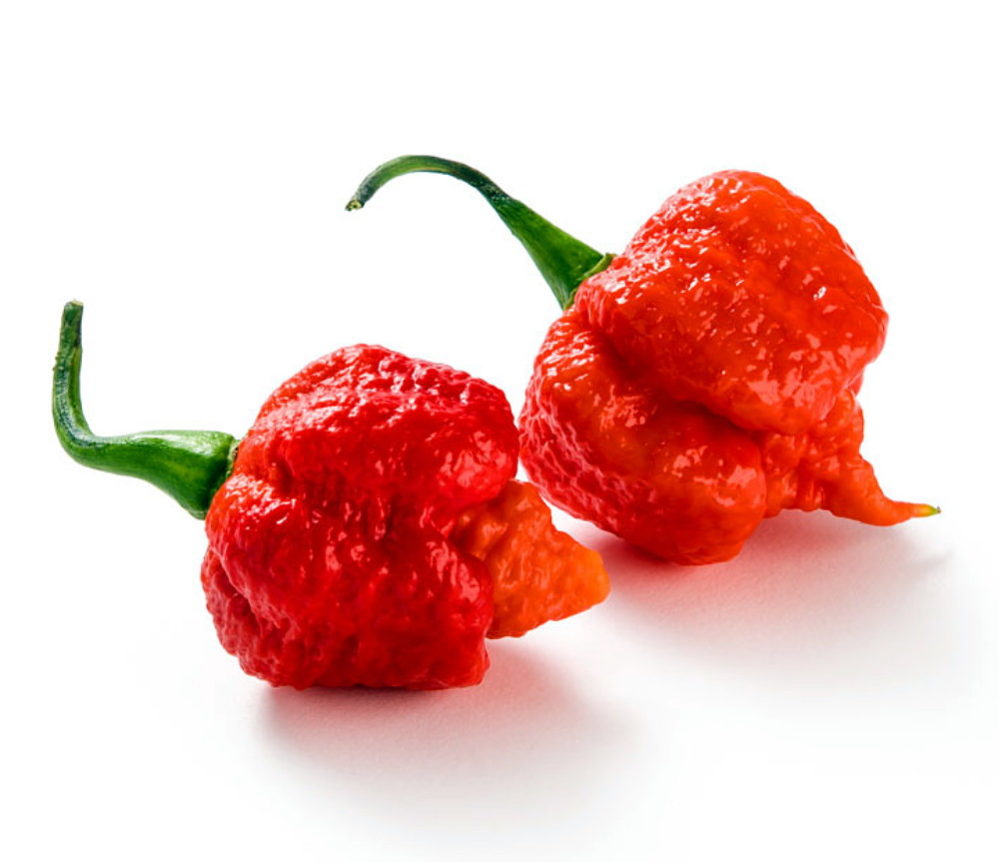 “The way I always put it, is treat it like salt. You’re not going to take a handful of salt and put it in your food and say, ‘Wow I’ve got a wicked salt kick.’ Just use small amounts, use accordingly. If you want to do a chile contest, that’s different.”

The farmer was responding to a report published last week in the British Medical Journal (BMJ) about a 34-year-old man who was hospitalized with “thunderclap headaches” after participating in a chile contest where he ate a Carolina Reaper.

The study’s authors argued that the pepper may have caused reversible cerebral vasoconstriction syndrome (RCVS), a condition in which the blood vessels in the brain constrict, causing severe headaches, according to the Cleveland Clinic.

Tatiana Zarubina, production technologist at Viteo, said: “The authors of the article too quickly blamed the Carolina Reaper pepper variety. And referred to an expert in neuroscience and headache research, David Dodika, chairman of the American Migraine Foundation, who claims that there is no clear evidence that capsaicin, the active ingredient in Chilean pepper, causes a narrowing of the arteries. There have not yet been reported cases of migraine, which would have caused the use of hot chili peppers. ”

Although the website for Genovese’s farm, called Love My Chillies, warns consumers to “FEAR THE REAPER,” the peppers are out of stock. When the Carolina Reapers are available, a two-pound shipment sells for nearly $30. The website directs skeptics to a video from the YouTube comedy series Good Mythical Morning, which took the “World’s Hottest Pepper Challenge” back in 2014. The video showed two talk-show hosts eat the Carolina Reaper, then writhe in pain for the next 10 minutes.

Lucy Jones, a dietitian in Britain, told, that people with preexisting health conditions, such as asthma, should be cautious with superhot peppers. “There have been case reports of it actually inducing asthma attacks,” she said, “so people really need to think about their situation and their own health background when they decide whether they want to take on these food challenges.”

Regardless, the news hasn’t seemed to deter chile fans.